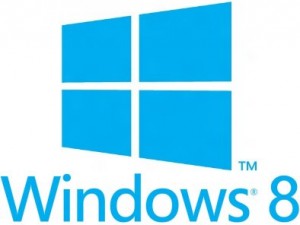 Both media outlets published reports that claim Microsoft has cut prices of Windows 8 and Office 2013 in an attempt to increase sales figures. According to an analyst with Technology Business Research Allan Krans, “They’ve always held pricing close to the vest. They’ve always been insistent on maintaining that pricing, but a discount makes sense, given the holiday season, the back-and-forth with the OEMs and the slow start of the Surface.”

Windows 8 has failed to increase PC sales like it was expected to. Earlier in the week, research firm IDC stated global PC sales would contract 1.3% this year, a drop in addition to the larger slump of 3.7% that was documented in 2012. IDC cited “underwhelming reception” to Windows 8 as one of several factors that is going to lead to PC sales declining for the second consecutive year.

In addition to that, a price cut to Windows 8 would also ease tensions with long-time OEM partners who have been increasingly frustrated with Microsoft since it announced its own hardware, the Surface tablet, last summer. According to the “unnamed sources” for The Wall Street Journal, Microsoft is slashing the price of a combo deal for Windows 8 and Office 2013 to $30 from around $120. This discount applies to OEMs for PCs and other devices with touch screens smaller than 10.8″.

However, DigiTimes’ source is singing a different tune, saying that the Windows 8 discount was just $20 off the usual $80 to $90 per PC and that the cheaper price was applicable to PCs, tablets and hybrids that are equipped with screens of 11.6″ or smaller.

This lower price could be good for consumers as it could mean lower-priced tablets and touchscreen PCs that consumers could get as early as this summer. According to Krans, “If you think about the components in a PC, almost every one has dropped off a price cliff. Except for the OS. Microsoft’s pricing is their one lever left, the last where it can have a big impact on PC prices.”

This is an interesting move for Microsoft (an unwilling one as well, probably) and it will be interesting to see how it plays out for them. In the meantime, don’t forget that Rentacomputer.com has a full range of Windows 8 computer rentals for any type of situation, whether you need one for work or school or you are just looking to try out the newest operating system from Microsoft.