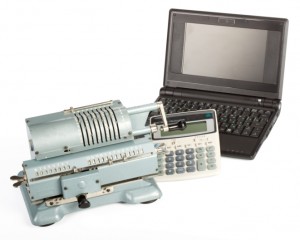 I sat down and began to think on what to write about today.  Since I try to write about computers and the latest technology, I wondered about what was the first computer.

We often think of computers as modern and don’t stop to think that they have been around for more than 70 years.  That may be because they weren’t really a household appliance but reserved for government and corporate use then.  We probably couldn’t have fit them into a typical house anyway.  With names like Colossus, Whirlwind and Pegasus or Z4 and AN/FSQ-7, computers were pioneering efforts that paved the road for our conveniences of technology today.

To highlight just a few: In 1944 a German engineer by the name of Konrad Zuse designed the Z4, the successor to his Z3 built in 1941, which is listed as the world’s first programmable, automatic computing machine.  The Z4 had the equivalent of 512 bytes of memory.  The Colossus was used by the British to decrypt coded German messages at the end of WW2.  This, and other machines, was kept secret until the 1970s out of fear that the encryption algorithms would become more efficient. 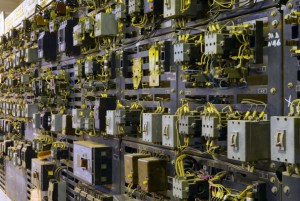 The ENIAC was introduced in 1946 and weighed a mere 27 tons.  Among other uses, the ENIAC was used for the creation of the hydrogen bomb.  Then in 1951 the Whirlwind was the first computer to use video display outputs.  It eventually became the fastest computer of its time.  In 1958 the AN/FSQ-7, a successor to the Whirlwind, was developed by IBM with the US Air Force.  This machine took up nearly half an acre of floor space and weighed 275 tons.  With only 52 of them being made, they are the largest computers ever built.

There were several computers developed in the 1950s, including the Pegasus.  It was built to be cheap and reliable.  A Pegasus 2 from 1959 is still operational at the Science Museum in London.  It is the world’s oldest working digital computer.

The first of a desktop style computer (at least that could fit on a desktop) was developed in 1960 in Sweden. The Datasaab D2 weighed only 440 lbs.  Most computers during the 1960s were being developed for scientific and military uses.

The early days of computing are fascinating and truly shed great light on just how far we have come in computing.  Today we have more computing power in our pockets than would have fit in an entire building in the past.  Our smartphone have more storage and higher speed processors than these giants of the past.

It took 70 years of pioneering, imagination and true genius to arrive at the technology conveniences of today.  Fifteen years ago I used to whine about my new computer becoming obsolete as soon as I put it in the trunk of my car to go home.   Technology is moving at such a fast pace now that I can’t even pay for it using my fast-tap sync on my smartphone before it is practically outdated!