Dell May Not Be As Close to Going Private As Before 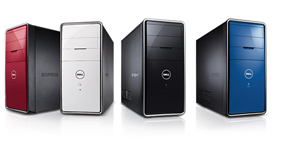 Michael Dell announced that he was taking his company private a month ago but with a recent confirmation from Dell’s Special Committee of the Board we now know that Dell has received two buyout proposals.

Dell wrote in a statement dated today that “The Special Committee, consisting of four independent and disinterested directors, has determined, after consultation with its independent financial and legal advisors, that both proposals could reasonably be expected to result in superior proposals, as defined under the terms of the existing merger agreement.”  (Source CNET)  Offers received from investment firm Blackstone and Carl Icahn are now in negotiations with Dell.

Reportedly the Blackstone proposal gives shareholders two options:  cash out or stay in.  Those who stay in will receive shares “in excess” of $14.25 and those who cash out will receive $14.25 per share.  This proposal would allow Dell to remain public, keeping Dell’s stock on NASDAQ.  Blackstone is partnering with Francisco Partners, Insight Venture Management and others.

Carl Icahn, already owning a part of Dell, is taking the proposal a little further by offering a $2 billion investment from Icahn Enterprises and Dell taking on $5.3 billion in new debt.  Current Dell shareholders would also have two options with this proposal:  remain shareholders or cash out at $15 per share.

Both of these proposals are better for shareholders as compared to the initial transaction of privatization which would include a $2 billion loan from Microsoft, buying outstanding stock for $24.4 billion, or $13.65 per share.
But don’t count Dell out just yet.  He intends on fighting to prove to The Special Committee that his move is best but may have to up the ante on his own share-price offerings.

Remember, RentAComputer  is your one-stop shop for everything—from the first-rate event production rentals you need for next month’s conference, to the office equipment you might need while expanding your business.  One call or message, or a moment spent filling out our Quick Rental Quote form, is all it takes!