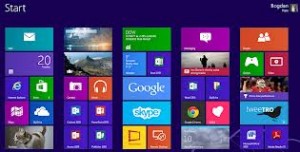 Windows 8 was designed as the “next big thing” from Microsoft in its operating system department. However, the system launched to mixed reviews and little fanfare, especially from users who weren’t using the operating system on a touch-screen device. Since then, Microsoft has released almost 740 patches and updates, though the company is now teasing a sizable update codenamed “Windows Blue”.

Microsoft Windows Chief Julie Larson-Green recently confirmed that developers would be able to download and install a preview of the Windows Blue update around the end of June. This is a somewhat significant date considering the fact that it coincides with Microsoft’s BUILD developer conference.

According to Larson-Green, “The update will be available to everyone that has Windows 8 in the Windows 8 store. Just click on it like you would any app and it’ll update your system.” This information isn’t entirely surprising due to the fact that a June preview release date has been rumored for over a month now, though users who are still struggling to grasp Windows 8 are probably seeing this as more than welcome news.

Unfortunately, all the greatest secrets of Windows Blue are still the best kept ones. One thing we don’t know is what the actual name of the update is. A lot of people are calling it Windows 8.1, though Larson-Green refused to refer to it as anything other than the “update to Windows 8.” In addition to that, Microsoft seems intent on keeping most of the changes coming with “Blue” behind the curtain.

In a recent Q&A, CFO Tami Reller pointed out a lot of necessary, albeit vague, changes, which was recently posted to Blogging Windows. Reller stated, “It will deliver the latest new innovations across an increasingly broad array of form factors of all sizes, display, battery life and performance, while creating new opportunities for our ecosystem. It will provide more options for businesses, and give consumers more options for work and play. The Windows Blue update is also an opportunity for us to respond to the customer feedback that we’ve been closely listening to since the launch of Windows 8 and Windows RT.”

With this information, we can surmise that two major Windows 8 critiques will be addressed with Windows Blue. The traditional, fan favorite Windows button is expected to make a comeback along with the ability to boot directly into the Desktop view as opposed to having to tinkering around with the Metro interface.