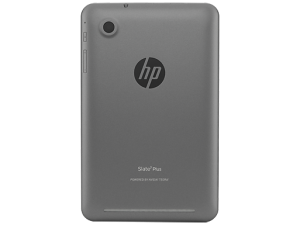 Hewlett Packard announced back in September that they were going to release a new set of Android tablets. They gave a rough street date for November of this year, which they missed by just a little bit. But, the new Android tablets from HP are finally here, and they are available for purchase directly from the companies own website!

Since these tablets are brand new and had a very surprisingly discrete release, you probably haven’t heard much about them. So, let me fill you in on why you should check these out, especially if you still need to get someone a neat Christmas gift.

The first tablet, and the most affordable one, is called the Slate 7 Plus. It comes with a 7 inch touch screen with a 1280 x 800 pixel resolution. It is powered by the quad-core Tegra 3 processor by Nvidia, has 1GB of ram, and 8GB of memory. It is also equipped with a 5 megapixel camera and a microSD card slot for manually increasing it’s storage if you should so choose. The price on this is a ridiculously good deal at $150, which is even cheaper than the Kindle Fire HD that many people opt for in this price range.

Another tablet they released is called the Slate 7 Extreme. This tablet is packing the Nvidia Tegra 4 chip and 16 gigs of internal memory. The price tag is slightly higher at $200, but for the extra 50 bucks you get all the cool stuff from the Slate 7 Plus, slightly better performance, plus two front facing speakers and a micro HDMI output so you can hook it up to your TV to watch videos online or anything else that you’d like to see on a bigger screen. 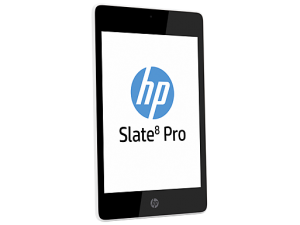 The last release in Hewlett Packard’s new family of tablets is the Slate 8 Pro. As you probably already figured out by just reading the name, they have upgraded the screen on this one to 8 inches. Because of this, it bumps the screen resolution to 1600 x 1200 pixels. The Slate 8 has the Tegra 4 chip and 1GB of ram. Other features include 16GB of internal storage, an 8 megapixel rear camera, a longer lasting batters, and probably the coolest feature is that this baby comes with Beats Audio. This bad boy is going to run you about $330, but it still seems like a great value for everything that you get. This tablet, and also the other two all run the Android 4.2 Jelly Bean operating system.

The Slate 7 Plus, Slate 7 Extreme and Slate 8 Pro are all available on Hewlett Packard’s website.  Any of these HP tablets would make a great addition to your business’s mobile inventory. And should your business have have a short term need for any number of  tablets.. be sure to check out the tablet rental options from Rentacomputer.com.