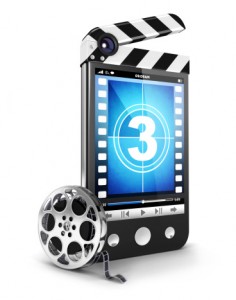 There are new screenshots that have been leaked of a new smartphone from Sony that seems to point to the new device being capable of shooting and playing 4K video. This will be Sony’s new flagship device, but it’s not quite going to be the first smartphone to come out with 4K video capabilities.

The new smartphone is the Sony Xperia D6503. The device runs on Android 4.4.2 KitKat. It also has a new feature called “Smart Calling”. This feature lets you answer calls by simply lifting the phone to your ear. You can also reject calls by shaking the phone, and if you place the phone face down it automatically mutes itself. The leaked screenshots show different photography modes, timeshift, slow motion, and 4K Ultra high definition.

The huge question that I have on my mind at the moment is this: Why is it so easy to produce smartphones that are capable of shooting 4K Ultra HD video, but there are no 4K digital cameras on the market yet? Like I said, it’s not the first 4K phone that we have seen, and there has been a huge spike in 4K monitors and other 4K devices. The only thing that seems to be missing here is a standard 4K digital camera.

Most of the cameras on the market and the cameras that have yet to come out are still stuck on 1080p. Even some of the mid range cameras are shooting 720p video. What gives? It seems like it wouldn’t be hard for a digital camera to match or exceed the performance of a cell phone’s camera. So what gives?

Some people would say that it’s because smartphones have much more powerful processing chips. This is possible, but smartphone’s and digital cameras are two totally different things. I still can’t seem to find a solid answer.

It could be that at this point in time, 4K video is mostly a novelty. 4K monitors are few and far between, and most people aren’t interested in shooting Ultra HD with their mobile devices. In the next few years, 4K could be completely normal and more common.