Intel Working On It’s Own Siri 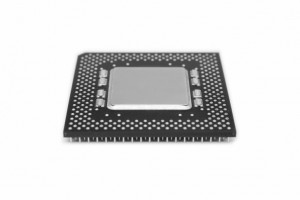 When Apple gave us Siri, it was unreal. It was a huge step forward in tech, and it made us feel like we were living in a science fiction movie. It was the first of it’s kind, a true artificially intelligent being that could listen to us, talk to us, do things for us, whatever. Although it has changed the entire game and the way we look at smartphones, we have to admit that there have been some bugs. Well, Intel is now working on it’s own version of Siri, and avoiding using the cloud in hopes to make a much better product.

In the past few years alone, voice recognition has come an incredibly long way. We can speak into our cell phone’s and have them do virtually anything for us that we tell them to do. Even gaming consoles are using voice recognition now, like the Xbox One. With the Xbox, you can be doing anything, and without even holding a controller you can tell your console to turn on your favorite TV show or load up a movie on Netflix. The biggest problem that we have always had to deal with, is that voice recognition is amazing when it works properly, but it doesn’t always do what it is supposed to. In those cases, you spend more time repeating yourself than you would have if you would have just done it manually. Siri is for sure the best when it comes to voice recognition, but Intel has taken notes on the mistakes that Apple made, and they think they can do even better.

The new headset being developed is named “Jarvis”, more than likely named after Iron Man’s butler. Intel plans to completely bypass the cloud so that it will take less time for the voice recognition software to process exactly what you are saying to it. Typically, voice recognition software works by recording and compressing your voice, then sending it to a central server where the computers will begin to translate the voice commands given into text form or a command, and then send it back to the device. This can sometimes be a pretty slow process depending on your location, your current data connection, and many other factors that are generally out of your control. Intel’s goal is to be able to do all of this processing internally so that it can cut down on all of the time it would take to go through the usual process.

Looking To Rent An Intel Based Laptop Or Dekstop For Your Next Business Project? Check Out Rentacomputer.com At 800-736-8772

Jarvis is actually going to be a wearable device that sits in your ear. It wirelessly connects to your phone and processes all of your voice commands internally. This means that you can tell Jarvis what to do, and not only will it be able to do it faster than Siri, but it can do it even when you have no data connection at all.