Windows Is About To Come Up In The Smartphone World 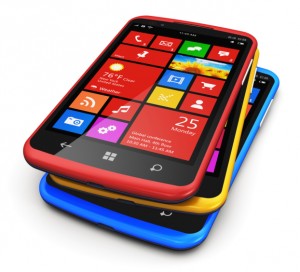 We all know that the two biggest names in the smartphone world are Apple and Samsung. With the iPhone 5S and the soon to come Galaxy S5, these companies are still going strong and doing everything in their power to stay on top of everyone else. Despite these facts, Windows, the number three operating system, still has not given up hope. According to IDC, a brand new shipment of smartphones is on its way, and Windows is on track to grow faster than any other operating system. Android is expected to keep the number one position for most popular operating system as of right now, with iOS coming in second place.

IDC thinks that Windows has the most potential for growth, even though so far they have had the most trouble staying above water in the smartphone market. Most of their potential can be linked to their constant support by Nokia and the fact that they have a ton of new partners from emerging markets. In all of the main markets right now like North America, Japan, and Europe, smartphone shipment growth is expected to take a pretty big hit in the next few years. New and emerging markets have nowhere to go but up, and this is one of the biggest things that gives Windows Phone the advantage.

At the moment, the average selling price for new smartphones is about $335. Along with the decline in smartphone shipments, the average cost of a smartphone is expected to drop to about $240 by the year 2018 according to IDC. At this point, iPhone costs would go down only about $50 in price, the average android handset would be market at around $202, and then the Windows Phone will come in at a pretty good looking $195, coming down from $265 this year. Apple is always expected to retain a pretty high price point for their popular devices, and this leaved plenty of room for Android and Windows to swoop in and take over the emerging markets with a more affordable product.

Looking To Rent The Latest Version Of Windows (8.1) For Application Testing Before Your Company Makes A Big Upgrade? Call www.Rentacomputer.com Today At 800-736-8772