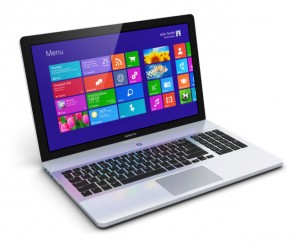 There have been rumors about the Windows 8.1 update floating around the internet for a while now and the time has finally come for those rumors to be made into reality. Of course by reality I mean kind of a reality. The official 8.1 update isn’t scheduled to hit the market until April 8, but a ton of reports are flooding in that by working a little computer finesse you can download the update now.

While that may sound great, it isn’t exactly recommended. One method of downloading the update early involves changing your Windows registry, which is extremely risky if you don’t know what you’re doing. According to Neowin, “We wouldn’t be surprised if Microsoft blocks this workaround very quickly.”

The Verge describes this workaround as, “A series of patches are required to obtain the full update, but once installed the new desktop-friendly features are enabled. The update can be downloaded via a registry change or through direct links.”

Changes in Windows 8.1 have already been circulating around the internet for a while and include new right-clickable, context-sensitive menus along with the ability to pin Metro apps to the Desktop task bar. In addition to that, this update also includes dedicated search and power buttons to the Start screen.

The best thing about this update is that it makes Windows 8 more compatible with non-touch screen computers. When Windows 8 was first released it was heavily geared towards touch screens, much to the dismay of traditional PC users. While Windows 8 worked great for tablets and touch-screen PCs, it faltered among users who still used standard computers. Other changes to the operating system are designed specifically for PC makers. These include allowing PC makers to create inexpensive, minimalist configurations that run on 1GB of RAM and 16GB of storage.

Like I mentioned earlier, Windows 8 wasn’t the killer operating system that Microsoft had hoped it to be, certainly not like Windows 7 was. Users didn’t flock to it due to the heavy emphasis on touch-screen functionality, which appears to be something that Microsoft is looking to fix with this most recent update. What do you think about Windows 8? Love it or hate? Do you use it on a touch-screen device or a standard PC?

Looking To Rent The Latest Windows 8.x Operating System On A System For Testing Before Committing To An Office Wide Migration? Call www.Rentacomputer.com Today At 800-736-8772