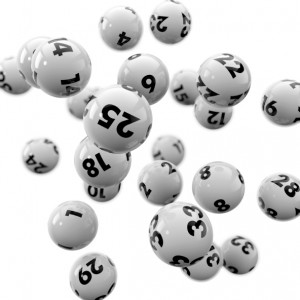 Google has officially announced that they have started to notify the people that submitted their applications for a chance to attend the annual Google I/O event that is coming up at the end of June and won the Google lottery. As well as notifying the winners, they have also started charging the winners for their tickets today. The Google I/O lottery finally started last week on April 15th. It was delayed a little bit, as it was supposed to start at the beginning of the month. It was a short lived, people only had from April 15th to April 18th to submit their information. But, if you has already decided that you were going to enter for a shot at being able to attend the conference, then it was more than enough time to take care of business and get yourself signed up.

The tickets for the even were priced at $900 for developers and regular attendees, and $300 for students of accredited schools with a proper ID. Charges have already started hitting the winners Google Wallet accounts. The Google I/O conference will be held at the Moscone West in San Francisco, California, where Google is known for holding most of their events. Rumors have started that their big speeches and announcements will be centered around Android Wear, Google Glass, and a possible new Android build that has been rumored for some time. At every event, we always expect to see some new Android devices, or a new version of the operating system, but this year could be a lot different with the world of wearables expanding at such a fast pace.

If you have been selected to be able to go to the event, or if you haven’t checked yet, make sure you check your Gmail account and your Google Wallet account. If you were selected, then your account has likely been charged, or will be very soon. This huge, two day event has always been a wonderful and exciting time for anyone interested in Google products and for professionals to interact and network. This year is sure to be one of the biggest and best Google events to date. If you were not selected, there will be many different online streams covering the whole thing, so make sure you tune in. You can also be sure that there will be lots covered right here, so make sure you check back!

For The Latest Technology Rentals At Your Next Trade Show Contact www.Rentacomputer.com Today At 800-736-8772