Cricket Wireless Might Take Over With Their New Unlimited Plans 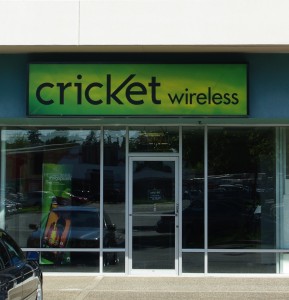 It is a good time for people seeking a great wireless experience without all of the strings of a contract attached. Cricket Wireless just launched a new wireless service nationwide with reliable 4G LTE coverage accessible to over 280 million Americans. They have very affordable unlimited plans that start at just $40 a month, and you get 5 dollars off if you use Auto Pay. They have a ton of different phones available as well, including all of the latest Apple iPhones.

They almost should have changed the Cricket name and chosen something different. With how much they are stepping up their game, it’s almost like they are a completely different company. Before, it was a very shoddy service, and the selection of phones left much to be desired. Now, the service is pretty much on point with anything else out there, the selection of phones is also on point with most other wireless providers and the price is way better than any other option out there.

The reason why they are able to offer a new and highly improved service is because of their new partnership with Aio Wireless. AT&T no longer partners with Leap Wireless International, which operated the Cricket Brand completely. Now Aio is owned by AT&T and will completely take over their no-annual-contract plans.

For Affordable Equipment Rentals For Your Next Event Contact www.TechTravelAgent.com 1-888-882-0102

The new network available for Cricket customers covers more than 97% of all Americans and they will all have the ability to talk on the phone and surf the web at the same time, which has become a pretty big deal for most people. It’s a big selling point. The other big selling point is just the pure fact that now Cricket customers will be able to take advantage of a huge 4G LTE network, which actually covers more than Sprint, T-Mobile, and MetroPCS. That alone is huge news, and other providers might even suffer because of it.

It is 100% fact that no one in the world enjoys complicated contracts and bills and being locked down without options. All of the Cricket plans are 100% contract free and include taxes and fees and have zero U.S. roaming charges. There are three different plans to pick from that are all pretty simple, but the main one is going to be the extremely cheap unlimited plan that comes at less than half the price of any other unlimited plan that you will find. For just $100 dollars a month, you can have unlimited everything on four different lines. The $100 covers every line… It’s literally like $25 a month per phone.

Cricket has always been known for having really cheap phones. The cool thing about the company now is that you can pick from top of the line phones that most people would have to wait in line for, OR you can still get those affordable, almost disposable, phones. The choice is yours. You can get phones like the Apple iPhone 5s and other popular phones from Samsung, Nokia, ZTE, Motorola and many more.

Another cool thing is that if you make payments on time for an entire year, Cricket will give you a $50 credit toward the purchase of any new phone. You can even wait another year and get $100 to put toward a new purchase.

More than 3,000 newly designed Cricket stores across the nation are open and ready to rock with all of their new plans and their new phones. You can also walk in and change your current Cricket plan to one of the new ones. This is one of the biggest deals ever for the Wireless game, so make sure you take advantage of it!