Samsung To Launch Their Own Oculus Rift Competitor 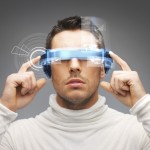 Samsung has been known to try their hand at making anything and everything possible, and doing it very well. So, it isn’t strange at all to find out that Samsung is working on their own version of the Oculus Rift, which they plan to show off this year.

Samsung is already so far into the process that they have already started shipping out prototypes of the device to developers. Unlike its competitors, it doesn’t rely on a console and it’s not for PC gaming. The new Samsung headset is going to connect to Galaxy smartphones to create games and environments. It wouldn’t be able to connect with any of the current smartphone models out right now though, it would need next generation processing power. So, on a side note, that probably means that they already have prototypes of those totally awesome phones right now as well, but that is a story for a different time.

We all know that Facebook is making the Oculus and Sony is making the Morpheus. Those are the two biggest deals right now. But Samsung has made it clear that they want to beat both of those companies to the punch and get their new gaming device out on the market before Facebook or Sony have a chance to. This could be great if they nail it on their first try and dominate the market. Although we have seen too many companies rush things too many times and end up putting out a product that leaves way too much to be desired, so hopefully that doesn’t turn out to be a dumb move.

So far there are no official photos of the new prototypes, but we do know that the headset display will use an OLED screen. We also know that Samsung is going to try and undercut their competitors in price, and that the headset won’t be designed to do much besides gaming. To me, it seems like that is probably the smart thing to do. No one is going to want to use it for anything else, so they might as well cut costs by skipping all the other crap that no one is going to care about anyway.

The idea of virtual reality gaming has always been in the back of our minds, but when the Oculus Rift launched their Kickstarter, and then Facebook bought it for a whopping 2 billion dollars, it made virtual reality gaming one of the hottest topics of this whole year. Hopefully that means that we will see some huge things from these new devices and it will change things forever. I’m hoping to have my mind blown.