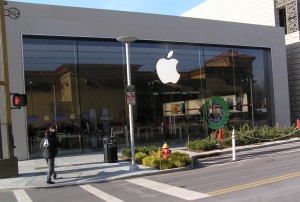 Apple is poised to unveil some new or refreshed Mac PCs next week with all three major lines from the company eligible for an update. On June 2, the opening day for Apple’s Worldwide Developer’s Conference (WWDC), the company is set to unveil new versions of iOS and OS X. However, if the company follows the examples of previous years, it will also debut some new Mac hardware. Three out of the last five WWDC’s saw Apple announce new Mac devices and people are hoping this year is no different.

Apple’s WWDC is covered extensively by media outlets from all over the world and it isn’t likely that Apple will waste an opportunity to publicize some new Mac goodness. Last year’s refresh was for the MacBook Air and included a price cut. The year before that, Apple introduced the very first MacBook Pro with a high-resolution Retina display, which boosted both sales and the Mac’s overall average selling price (ASP). The most likely devices for this year’s refresh are the MacBook Air and iMac.

Shipping times for the iMac lengthened to three or five business days on the company’s e-store, a move that typically precedes a hardware change as Apple draws down inventories. The longer delay between ordering and shipping was shown on Apple’s U.S. online store along with the online stores in Canada, China, Germany, Japan and the U.K.

Analysts are predicting that Apple will issue a price cut for the iMac due to the fact that the company dropped prices of the MacBook Air by $100 across the board last month. $100 increments seem to be the go-to for Apple, so if the iMac is going to get a price drop, we can assume that the 21.5″ model will drop to $1,199 with the 27″ all-in-one dropping to $1,699. These prices would see iMacs return to prices seen back in mid-2012, right before Apple dropped the ball on the rollout of the last iMac redesign.

Even though the MacBook Air was redesigned back in April of last year, it is expected that Apple could reveal a new MacBook Air with a Retina display. If this happens, we can expect Apple to do the same thing it did with the MacBook Pro by simply adding a new model with a price $400 higher than the lowest priced MacBook Air.

Some rumors are circulating that Apple will release a MacBook Air with a smaller Retina display, maybe around 12″, priced at $1,399, which is $400 above the lowest-priced 13″ non-Retina and $200 more than the upper-end 13″ Air, though the prices for those models would stay the same.

Another possibility is a price cut for the MacBook Pro, which would most likely be $100. This would give consumers a low-end 13″ MacBook Pro for $1,199. This is interesting because, given the history of Apple, price cuts have been unusual even though they have become popular as of late.

According to Ezra Gottheil, an Analyst with Technology Business Research, “They’ve [Apple] got slow growth in PC sales like everyone, and lower prices help. I think Apple made this move because it had seen disappointing results because of the high Mac prices.”

Continued price cuts by Apple would not only increase sales but would also show that Apple is planning on taking advantage of some of the mistakes its chief rival, Microsoft, has made recently. The main thing Microsoft has struggled with is getting people interested and excited in Windows 8, which was primarily designed for touchscreen devices, leaving standard PC users feeling left out.

Apple will have a live web feed of WWDC 2014 on its website, which will include the keynote address, starting at 10am on Monday, June 2, the first day of the conference.