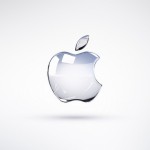 On Wednesday Apple made the purchase of Beats for $3 billion official. Now, Apple has control over a hugely popular headphone company and the Beats subscription music streaming service.

This is Apple’s biggest purchase ever, and it has also made Dr. Dre the richest rapper on the planet officially. Not only did Apple buy the Beats brand, but Dr. Dre and Beats co-founder Jimmy Lovine are both joining Apple. The Beats brand will also keep its original name.

Many people have started to talk about it being a little bit odd that Apple would want to purchase another company that basically does the same things that they already do. I mean, they already make their own brand of ear buds that they sell as accessories for their iPods, iPhones and iPads. They already sell music too, and now there is even iTunes radio which streams music. But if you really break it down and think about it, it’s a genius plan, and they just won. Apple wins forever now. 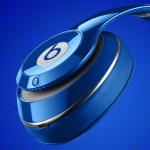 This is probably one of the best purchases that Apple could have ever made. When we initially think of Apple, we automatically think iPhones and Macbooks. But actually, Apple’s whole existence in the past decade has been based on music. iTunes and the iPod were both born out of the companies passion to bring music to the masses in new ways, and the iPhone is nothing more than the logical evolution of the iPod. Music is essentially what keeps Apple on top, and investing in one of the most popular headphone companies is logical, even at a high price.

Sooner rather than later, the purchase will pay for itself with just the subscription service. Beats has created what most would consider the greatest music subscription service of all time, and iTunes is by far the greatest place to purchase music online. Apple has literally outsmarted everyone in the entire world of music. They outsmarted the labels, the artists, and the listeners, and have put themselves in a position where if you make music, produce music, listen to music, or put music out on your label, Apple WILL be making money off of you.

By the end of 2015, Apple should be making a way bigger profit than ever before since they are going to be making so much money off Beats. Beats has become the brand of choice for lots of music professionals, pro athletes, serious music enthusiasts and even some audiophiles.

The most exciting part about Apple and Beats coming together isn’t even what is on the surface, which is already exciting. The most exciting part is thinking about what the future will hold. What happens when you put the two biggest names in music together under one roof? The possibilities are absolutely endless, and I’m extremely excited to see where this partnership is going to go. One thing is for sure though, it’s going to be game changing. Maybe even as game changing as the original launch of iTunes.