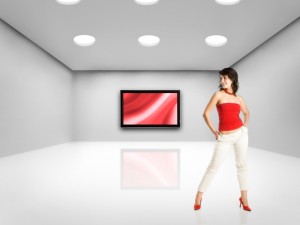 The Retina display from Apple has been the dominant display technology for computer and mobile devices since the Cupertino Company introduced it. Since its debut, no other display technology in its field has been able to come close to competing with it, until now. Competition from companies like Asus and Sharp are soon to make their debut.

Asus has laptops slated for release with new 4K displays that are expected to come out later this year while Sharp has been spotted showing off a prototype 8K display. The Zenbook NX500 has a 15.6″ 2840 x 2160 IPS (in-plane switching) display that is said to use a new technology known as Quantum Dots. This news comes from President of DisplayMate Technologies Raymond Soneira.

Soneira was quoted saying, “Only the second mobile display to ship with Quantum Dots,” in a recent email.  Soneira added, “That increases the color gamut, brightness and power efficiency all at the same time.” According to Soneira, this Quantum Dots technology is also something that Apple may be looking into as well. To compare the Zenbook’s display to Apple’s Retina, Apple’s 15.4″ MacBook Pro with Retina display has a resolution of 2880 x 1800, which is nearly 3 million pixels less than Asus’.

According to a recent statement by Asus in a press release, “The display delivers lifelike color reproduction with a wide color gamut plus factory-calibrated color temperature, making it perfect for photographers and other professionals who need accurate and consistent color fidelity for their workflows.”

In order to handle all of those pixels, considering the fact that 4K has a horizontal resolution of 3840, the NX500 is reported to be running an Intel-Nvidia platform. This is said to include up to a Core i7 quad-core processor and Nvidia GeForce GTX 850M graphics card.

Asus is farther along with getting its technology into people’s hands than Sharp, as the Asus NX500 is said to be shipping in late summer 2014. The 8K display from Sharp is simply a prototype that is strictly for show. Which, now that I think about it, is probably for the best because I don’t think my brain could handle an 8K resolution device.

The technology is being developed cooperatively with the Semiconductor Energy Laboratory and is a prototype 13.3″ 8K display based on OLED technology. The tech was first on display at the Society for Information Display (SID) conference according to a report from Nikkei Technology. 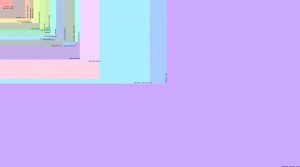 If you’re wondering what exactly an 8K display is, then you’re not alone. The one shown off by Sharp was a 13.3″ display that had an astounding 7680 x 4320 resolution. If you’re not good at math or you’re still trying to wrap your head around what you just read, that comes out to an incredible 664 pixels per inch. For comparison the 15.4″ MacBook Pro has 220 pixels per inch in its display.

While the Retina display may be the current heavyweight champion of the display world, it may soon find itself knocked off its throne. Asus is the only real competitor at the moment with the Zenbook NX500 and its 4K display, but neither company will be able to compete once Sharp perfects this truly unbelievable 8K display technology.