For The PC Market To Revive Windows Is Key 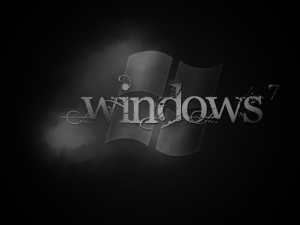 The PC market has been sluggish recently, there’s no denying that. However, that hasn’t stopped PC makers from trying to revitalize the market and return growth to PC sales around the world. According to research firm Gartner, there is one certain technology that could play a vital role in the growth of the PC market next year and that technology is Microsoft’s Windows operating system.

Ranjit Atwal, Research Director for Gartner, believes that the revival of the PC market will be driven by upgrades of old business PCs that are running Windows XP. Windows XP is no longer supported by Microsoft so companies and users will be forced to upgrade sooner or later and Atwal estimates that nearly 60 million PCs will be upgraded this year alone.

Most businesses are upgrading to Windows 7, completely avoiding Microsoft’s most recent operating system, Windows 8, as it is viewed as more of an operating system for tablets and touchscreen devices. It is possible that Microsoft could release a new operating system next year, replacing Windows 7 as the OS of choice for business users. However, it takes time for companies to test and deploy PC operating systems. Windows 7 took almost a year to find its footing in the market.

Gartner has stated that overall shipments of computing devices, which includes PCs, tablets and smartphones, are expected to reach 2.4 billion units this year, an increase of 4.2% compared to 2013. Shipments are also said to further increase to 2.6 billion by 2015. Gartner also predicts that tablet shipments will increase to 256 million this year, an increase from 207 million last year, with shipments reaching 321 million in 2015, overtaking PCs.

Smartphone shipments around the world are estimated to reach 1.86 billion units this year, a 3.1% increase over last year. The worldwide growth of smartphones will also continue to increase, reaching an estimated 1.95 billion units in 2015, according to Gartner.

In 2015, however, Windows will be in 373.7 million devices, overtaking the combined shipments of Apple’s iOS and Mac OS, which will only reach 301.4 million devices, according to Gartner. Android will also remain dominant being installed in 1.37 million devices shipped next year.