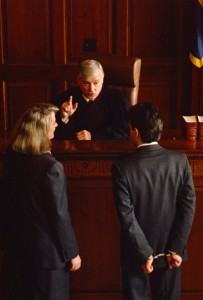 Microsoft files a contract dispute suit against Samsung. Microsoft claims that that Samsung has breached their contract that involves royalties for Android patents. Microsoft’s complaint against Samsung was filed in U.S. District Court in New York on the first of this month. Microsoft says that they have been trying for months to work out the dispute on their own with Samsung, but just couldn’t seem to work it out on their own.

Microsoft is trying to figure out whether or not it’s acquisition of Nokia’s handset and services business comes along with it’s intellectual property licensing agreement. This agreement with Samsung dates back to 2011. Along with that, they are also wanting Samsung to pay for unpaid interest from a time last year when Samsung withheld some patent royalties from Microsoft. The thing is though that Samsung did later pay for that already. The Microsoft Corporate Vice President says that the two companies have discussed this thoroughly and just cant seem to agree on the meaning of their contract.

Did You Know You Can Save A Lot Of Money With A Technology Rental? Contact Rentacomputer.com Today At 800-736-8772

The contract that is causing all of these problems is from 2011. It is a multi-year IP agreement that Samsung signed with Microsoft, and they have been paying Microsoft royalties for their Android phones per device. Microsoft and Samsung agreed to cross-license their intellectual property under the agreement, and Samsung has been paying Microsoft for every single Android phone or tablet that they have sold since then.

Apparently Samsung decided to quit paying Microsoft royalties for every device last year according to a blog post that Microsoft made. Samsung used Microsoft’s acquisition of Nokia’s devices and services business as an excuse to not pay.