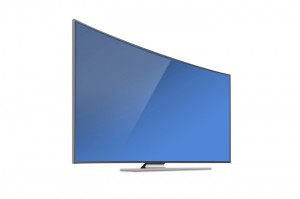 IFA Berlin is coming up soon and LG Electronics is poised to show off three new monitors. What’s more interesting is that reports are saying that one of these monitors will be an ultrawide model while another is said to be a new 4K display.

LG recently announced that it will be unveiling the world’s very first curved monitor with an extra-wide 21:9 aspect ratio. The screen itself measures 34 inches diagonally and has a 3440 x 1440 pixel resolution. Just like other curved TVs and monitors, LG is promising that this monitor, dubbed the 34UC97, will offer a more  immersive experience. In addition to that, the screen will also be compatible with both PCs as well as Macs, thanks to a Thunderbolt 2 port.

LG is also planning on introducing the Digital Cinema 4K Monitor. This monitor, also known as the 31MU97, has a 31-inch screen and a 4096 x 2160 pixlel resolution. What’s more is that this monitor is also capable of reproducing 99% of the Adobe RGB color space and includes calibration software, according to a statement released by LG.

LG is thinking of all its potential customers, including gamers. The company is developing a monitor specifically targeted at gamers, known as the 24GM77. This monitor has a 24-inch screen along with a 144Hz refresh rate ensuring that gamers experience smooth and flicker-free performance according to the company.

Aside from this information, LG is being pretty tight-lipped in terms of more performance details on its new products. Additonally the company is mute on what the new monitors will cost or when they will even ship. On the other hand, the company has scheduled a press event for September 4th in Berlin for IFA so we can be sure that they will give us all (or at least most) of the information we’re missing.

If pricing is anything like current 4K and curved screen devices then you can expect your wallets to weep at just the thought. Looking at some 4K and curved screens at Best Buy recently, I noticed they had one on sale for something like $8,000 so I think it’s safe to say that whatever LG prices these things at they won’t be cheap and definitely won’t be in the price range of the casual techie.

High Definition Displays Are Available For Rental From www.Rentacomputer.com 800-736-8772