IFA 2014 Shows More Intense TVs, But Are They Getting Out Of Hand? 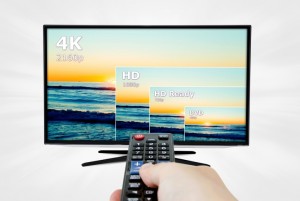 If we’re all being absolutely real with ourselves, none of us can resist a brand new display. We love our monitors. Whether it be a new TV or a brand new computer monitor, we love getting an upgrade, and we should! Who doesn’t love upgrades? When you have a monitor that you’re using and then find out that there is something better out on the market, there’s always a piece of you that wishes you would have waited to get the better model. The resolution rates are only getting more and more advanced as well. We remember the days of 1080p and 720p being the top resolution rates that you could have. Just last year, we were introduced to the 4K Monitor, and now there is something even further beyond that.

The real question here is, is why?

In case you weren’t aware, there is a new level of picture resolution for computer monitors and TVs that many of us haven’t even gotten the chance to use. 4K sound familiar to anyone? It’s a relatively newer resolution rate that isn’t too highly sought after, and for good reason. It’s only been around for about a year, and all of TVs or monitors that have that resolution rate are much too expensive. Not to mention the fact that with the way we would be viewing it, we wouldn’t really be able to tell a difference between 4K and 1080p. With the distance that we tend to view our screens at, in conjunction with how big the screens are themselves, there’s no real way for us to enjoy the increase in resolution. 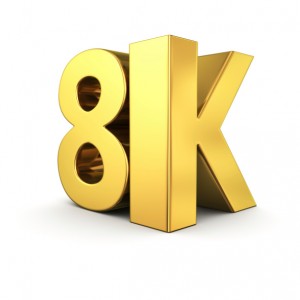 This year’s IFA conference showed off quite a few TVs from different tech companies. While that’s all well and good, what is the point of having an 8K TV, when you can only start to see a difference in picture quality from 4K on movie theater screens? When applied to a larger screen setting, a viewer can really tell the difference between what the resolution rates are. The only problem is that since you can only really tell the definition between 1080p and 4K in a movie theater setting, the difference between 4K and 8K won’t really be noticeable because of the size of the screens. The 8K resolution rate is actually about 7,680 x 4,320 pixels, which adds up to over 33 million pixels. Unless there is enough screen to give all those pixels enough space, you won’t be able to tell the difference between the sharpness.

Why Did This Come Out So Quickly?

Naturally, to anyone who is used to having a nice monitor or TV, there may be a few questions as to why 8K came out of seemingly nowhere. There was only one monitor at the IFA event that had the 8K resolution, but the problem again is you won’t be able to tell the difference. The way that our eyes work and the way that we normally view our screens doesn’t really leave room for there to be any increase in the amount of pixels. Yes, the upgrade is still an upgrade and that’s all well and good, but 4K has just barely started to kick in, and they have already released an 8K TV. That just seems like bad marketing to me, as no one is going to be interested this early on. If 4K still hasn’t really taken off yet, why go even further than that to make a better monitor? At that point, I feel that the company just spent unnecessary money.

I enjoy a nice picture just as much as the next person does, but I also understand that if there won’t be that much of a difference, there is no sense in spending money on it. 4K hasn’t even taken off and most of the monitors are still very expensive. 8K was just shown off and already the price tag will be big. I’m very interested to see how successful it will be once it hits retail stores.