HP could be on its way to becoming the biggest name in 3D printing, which means great things for the company and not necessarily bad things for smaller companies. At least that’s what CEO of 3D printing firm Stratasys David Reis believes. In a recent interview, Reis was mostly positive about the new competition from HP, which unveiled plans to enter 3D printing by 2016 with its new technology known as Multi Jet Fusion.

According to a statement from Reis at a event his company at Normal’s headquarters in Manhattan, “My initial reaction is it’s good news. It’s good news to the extent that a company like HP endorses an industry that’s a relatively small industry. I think HP coming into the market will increase awareness of what we’re doing.”

3D printing has created a niche in helping manufacturers with developing and prototyping products before they go into mass production. However, the industry as a whole has yet to break into mainstream manufacturing and isn’t used oftwn in finished products or tools. Some experts believe that this will change in the near future as the technology improves in making stronger products and generating them faster. 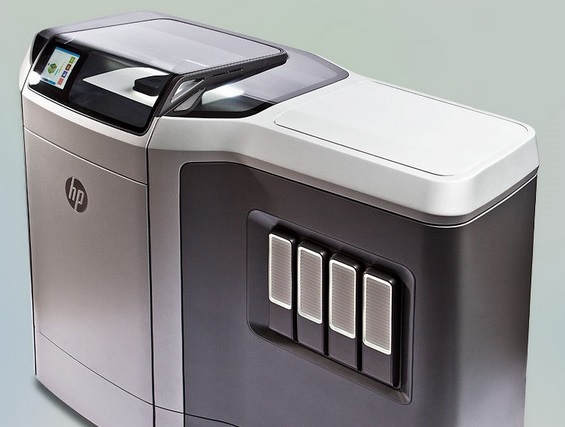 HP has sold printers and personal computers for decades and is hoping to take advantage of that supposed rapid expansion of the industry by becoming one of the first major tech firms to transition into 3D printing. HP could very well reshape the industry as a whole, an industry that currently involves several much smaller names.

Resi noted that 3D printing as an industry is so broad, touching aerospace, medical and consumer electronics, that it should be able to sustain a large company like HP. It is forecasted that spending on 3D printers will increase from $1.6 billion next year to $13.4 billion in 2018 and, as a result, Reis believes, “There’s enough space for everyone.”

In addition to that, HP doesn’t even plan to have 3D printing technology generally available until 2016, which Reis says gives competitors enough time to catch up on innovations. Stratasys merged with Israel’s Objet in late 2012, becoming one of the larger 3D printing firms in the world. Since then it has posted stronger sales in its June quarter with an increase of 68% to $178 million from a year earlier.

HP recently announced its new Multi Jet Fusion technology and claims that it is 10 times faster than existing 3D printers, is more affordable and prints stronger products than current offerings in the market. With improvements like this, HP claims that it can make 3D printing more widely adopted than it is today.