Yahoo To Be The Default Search Engine For FireFox 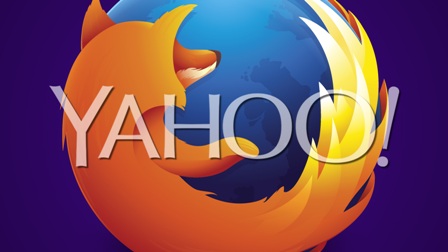 Pretty soon, Yahoo is going to be the default search engine on FireFox web browsers. Chris Beard, the Mozilla CEO, announced the partnership in a blog post on Wednesday. The partnership will be five years long according to the post.

The blog post said a whole lot about how they were really excited about this partnership. It said that the strategy behind the change was to make sure that FireFox was the browser for everyone and that they believe it will empower more people and make things easier in general. One has to think though, that this may not be the best move. It’s not even the obvious move. Just a few short months ago Yahoo was talking about going out of business completely. And can you really do any better than Google?

Interested in trying out Firefox, consider renting a tablet, computer or laptop with Firefox.

It’s not all bad though. The change will take place in December of this year. But for those of you who feel like Google is still the better option, you will be able to switch the default search engine back to it. You will also be able to change it to Bing or any of the other big search engines out there. Even Twitter.

Google has been with FireFox since 2004, and this was the year that their contract was up for renewal. When speaking on why they made the move, Beard said that they were insuring that their strategy aligned with their value of choice and independence. I’m not really even sure what he meant by that. I mean, it’s a search engine. No real reason to make it sound deeper than it really is. In my opinion, I think it’s silly.

Maybe it will end up being a better thing than myself and a lot of other people think though. Since Yahoo got a new CEO, they have been focused on their search engine way more than ever before. Google, on the other hand, has been more focused on mobile and decreasing their dominance on mobile browsers. But even if they haven’t been focusing on their search as much, there really isn’t a need to fix what isn’t broken.