If someone were to ask you about Net Neutrality and what it is would you be able to give them an answer? How familiar are you with the term “Open Internet”, or Net Neutrality, for that matter? Once again, there’s been a lot going on that you may not be aware of. The way that we use our internet to access all of our favorite sites, send emails, or even get on our social media accounts, might be changed forever. 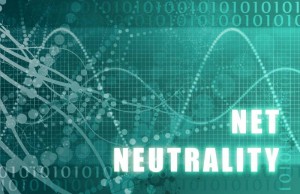 For those that may be unaware, “open internet” and “net neutrality” means that we are able to access the sites and information we want, and are able to post what we want without the larger ISP’s manipulating the data we send and receive.

There’s been something of a constant debate on what the large broadband providers should be classified as. The FCC, naturally, regulates any type of telecommunications services. For a while, they’ve regulated ISP’s enough to ensure that we are able to continue to use the internet in the way that it was originally intended, for the most part at least. Back in 2010 however, there was a slight turn of events. The Verizon v. FCC case classified broadband service providers as “information services” as opposed to “telecommunications services”. This essentially has removed these companies from the FCC’s regulations. As of Feb. 6th though, a new proposed Net Neutrality plan suggests that there will be no blocking of certain webpages, or paid prioritization based on larger corporations.

What Does This Mean for Me and Why Should I Care?

Now you may be wondering what this means for you as the consumer, or why you should even care for that matter. The plain and simple fact is that, based off of both viewpoints, there are pros and cons to both sites of this particular debate.

With the FCC implanting the new Net Neutrality plan, this ensures that the major ISP’s have to adhere to the rules already set for telecommunications services after the reclassification. Consumers will be able to access what sites they want, retain their freedom of speech and opinions, and maintain the same open internet access that they have been for so long. There won’t be any bans on what we can view, nor will there be any type of priority internet speed connections based on monetary values. Essentially, we should have nothing to worry about. That being said, there is another side to the story.

Two Sides to Every Coin 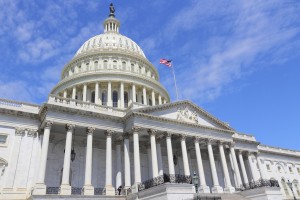 Should the FCC regulate ISPs with the Net Neutrality plan that’s been proposed, we are putting our “open internet” into the hands of the American government. This means that we are letting our government gain control of the internet service providers. While, yes this will ensure that we don’t have to pay fees and won’t have our favorite sites blocked, that also means that the ISP’s will no longer be part of the free market. Take this into consideration. If the FCC didn’t/doesn’t take control over regulating the broadband companies like Verizon, Time Warner, Comcast, etc., then that means that there won’t be any smaller entrepreneurial companies to compete with the larger corporations to offer lower pricing and faster internet speeds.

Freedom of speech and opinion is a staple of the American way of living, which is why this topic of Net Neutrality is such a hot button issue for so many. The internet and our necessity to be connected to it all the time has changed the way we think about and talk about freedom of speech. The internet has given us a new voice, albeit an electronic one, to spread our ideas, opinions and our voices. Net Neutrailty is something that everyone should be looking at very closely but, as history shows, we Americans are very good at defending our rights and freedoms.

Have your own opinion on the matter? Feel free to share your thoughts in the comments below!