How Technology Is Changing The Way We Go To The Movies 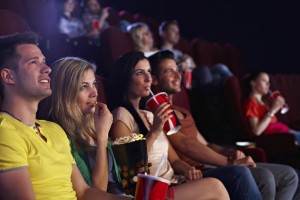 A side installation called Storyscapes was presented at the Tribeca Film Festival this year and is showing two alternatives to watching movies that either subverts or enhances your experience at the movie theater or in your home. Neither will be highly affective, but it shows us how far technology is willing to go towards visual media.

Virtual Reality is one of the technologies that visual media is referring to. There has been numerous virtual reality devices created for different ways to consume visual media, such as the Facebook-owned Oculus Rift. The virtual reality helmet blocks out all light and sound with the help of noise blocking headphones.

Do Not Track is a standard Web documentary that questions Internet tracking technology with a personal perspective. While you are going through each stage, the interactive film collects information about you, both through Web cookies and through info that you give the system, that then gives you a user profile that any major website can create. The result is a film that tells you about the downsides of tracking. 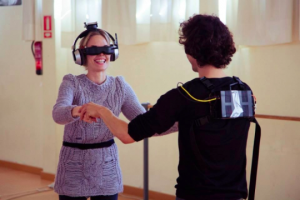 The Machine to Be Another is an open-source interactive system that requires using the Oculus, to see what it’s like to live as the other person who also has to be wearing the virtual reality helmet. The projector’s creators wanted viewers to see what it’s like to be someone of another height, weight, gender, and sexuality, while wearing the VR helmet.

If your a movie buff or gamer like me, then you can really appreciate the effort of artists and filmmakers continuing to try and push past the limitations of projecting images. Both the VR and personalized interaction seem to be options of making experimental cinema more immediate.