The 2015 Air Capital Aviation Expo is an International Aerospace Parts Suppliers and Manufacturers Convention that will be taking place at the Century II Performing Arts and Convention Center located in Wichita, Kansas starting on August 27th and ending on August 29th.

The Air Capital Aviation Expo is an event that happens every year. It’s where all Aerospace Parts Suppliers and Manufacturers can get together, network, and show off all of their products and services to each other. If you are a buyer or a seller in the industry, there are many opportunities for you to get connected with others and make new contacts.

Looking for a Quote on an iPad Rental for the Air Capital Aviation Expo 2015? Rentacomputer offers locally delivery and installation in Wichita!

It’s awesome that the event is located in Wichita because the area has a deep and long history in aviation. Beechcraft, Cessna, and Stearman Aircraft are all companies that started there back in the 1920’s. Most of the area’s economy is based on aircraft manufacturing. They produce about 45% of the United States built aircraft and about 33% of all the aircraft in the entire world. With it’s over 670 aircraft manufacturing firms, Wichita has become a hub for United States aviation companies. Some would even call it the air capital of the world. They have the most amount of engineers in the country, and also have the National Institute for Aviation Research at Wichita State University. This is the largest Aerospace Research and Development Academic Institution in the United States. 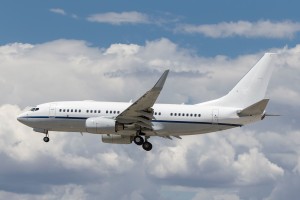 Obviously, manufacturing aircraft is Wichita’s economic specialty. The cost of living is pretty low for that type of job, and they have a ton of skilled laborers. This makes them one of the most competitive places when it comes to business. They also have the absolute highest manufacturing job-ratio in the entire United States. This makes it the ideal place to have this type of convention, it’s going to be huge!

If you are in this industry at all, it’s a no brainer really. You just have to attend. The business opportunities are absolutely endless and on top of that, it will just be really interesting and a lot of fun. If you aren’t going to go as just an attendee, going as an exhibitor would be a great chance for your business to grow as well.

*Rentacomputer.com is not affiliated with or in any way authorized by Air Capital Aviation Expo 2015. Rentacomputer.com is an independent nationwide technology rental provider and this information in no way implies affiliation to the event or venue described above.