5 Ways to Safely Use the NYC Subway 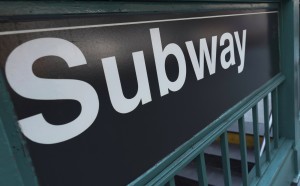 New York City is one of the craziest places to travel in. I go there a few times a year, and I would rather do just about anything in the world besides drive on those streets. Subways are probably the best way to get around the city. It is a lot faster, and it is also fairly clean compared to most public transportation. But, most people in New York ride the subway about twice a day while people coming from out of town don’t really know much about it. Next time you visit the Big Apple, just make sure you use these tips to keep you safe underground.

Don’t Be in a Rush

You always see people running, trying to make it to the subway in time. Maybe they watch too many movies, or maybe they don’t understand that the subway runs 24 hours a day and they show up just minutes apart from each other. If you miss one, it’s not like you’re going to be any more than 5 minutes behind if that. 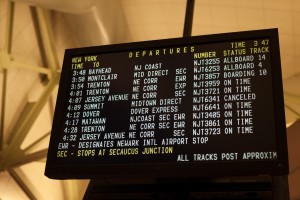 It’s not like it used to be! Now, there is an app for everything. There are even tons of apps for New York City subway timetables. You can also find them on the internet without downloading an app. The Embark app is totally free, and it is a favorite among people who live in New York. It is super easy to read and always up to date. This means that rushing to get wherever you are going should be even less of an issue. Just check the app and plan ahead a little bit!

You don’t have to stand close to the trains while you are waiting for them. You won’t lose your spot or get left out. There is just too much to risk. You could get pushed onto the rails, slip and fall, anything. Especially if you are prone to passing out, or if it’s a really hot day… anything. Also, don’t be that parent that lets your kids run wild. Not only do you make everyone mad, but your kids could slip and fall way easier than you could. Hold on to them until the train stops!

Valuables Aren’t As Valuable As Your Life 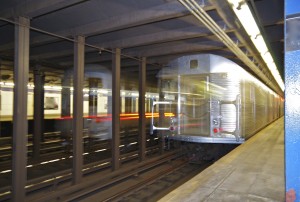 This kind of goes along with the last point I made about standing far away from the tracks. Maybe you’re a perfect person that never falls… But you would be super salty if you dropped your new iPhone on the tracks. What then? You’re either out a $700 phone or you jump down to get it and somehow live, but still look like an idiot to everyone and won’t get over the embarrassment… But keep in mind that the rails are wired with 600 volts of live electricity, and they will literally kill you and fry you immediately if you even sort of touch them… even a little bit. Just save yourself the trouble.

Hey, it’s New York. It can be sketchy sometimes. Even in broad daylight in front of everyone on the bus, someone might be tempted to take your fancy new watch if they see they have a chance to take off with it. Don’t let yourself get mugged on the wrong side of town or something. Just make sure to put expensive things like that in a bag or even your pocket. If for some reason you can’t conceal all of your bling, keep in mind that cabs are also an option.