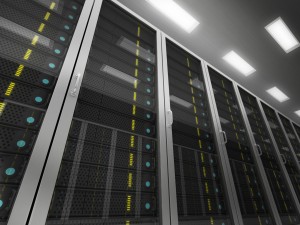 IBM is joining Nvidia and the US Department of Energy to release two new supercomputer systems for operation in 2018, called Sierra and Summit. The two supercomputing centers of excellence will focus highly on applications to make the most of supercomputing horsepower, as well as taking feedback from engineers, scientists, and developers.

The main goal of these centers is advancing the development of code innovation and supercomputing, with the centers located at the US Department of Energy’s Oak Ridge National Laboratory and the Lawrence Livermore National Laboratory. IBM already launched a POWER acceleration and design center in Montpellier, France, as well as recently launching its SuperVessel service.

The IBM-Nvidia collaboration has a goal that is pretty much the same as HP and Intel. They want to put HPC workloads and systems into more enterprises, along with using supercomputing deployments to show off more possibilities. The new HPC centers are also said by IBM to optimize research like climate, medicine, energy and biophysics before Sierra and Summit are launched.

Technology from IBM-LED OpenPOWER effort, Mellanox and Nvidia will be showcased at the International Supercomputing Conference in Frankfurt, Germany. IBM-Nvidia supercomputing centers includes technology that ensures applications readiness, collaborations with hardware engineers and application developers, as well as designs the incorporate POWER processors from Big Blue and Nvidia’s GPUs and interconnects. The centers’ teams will be programming algorithms, models, applications and compute performance.

These new supercomputing systems with Mellanox and Nvidia technology will resemble OpenPOWER designs. So if you like their designs, then there’s no doubt that you should be excited for Sierra and Summit to launch.