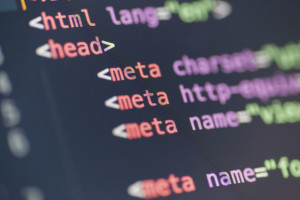 A company is made up of many different assets and policies. One of the single most invaluable resources that any business holds dear is data. Data helps many a business keep track of sales and see patterns within those sales. It helps to further increase the business’s knowledge on what consumers are wanting these days. Many of the larger tech companies carry a lot more data than other companies that offer differing products and services. Tech companies that deal with software specifically have a lot to be accounted for. The coding for the different software programs and services these days can be very taxing to keep up with, thus many of the software companies are looking towards employees with Autism to join their workforce.

There are companies out now, such as Ultra Testing (a 2 and a half-year-old software testing company), that look to invite more workers with Autism Spectrum Disorders to join their team. You may be wondering, “why?”. While Autism may be a disorder that blocks social and communication skills, there are some with an Autism Spectrum Disorder that are at a high-functioning level and are quite exceptional at repetitive tasks. Naturally, tech companies have taken notice of this and see the good they could do when it comes to coding and finding bugs in software.

Many believe that those that are on the autism spectrum shouldn’t be viewed as having a disorder, but more so as having a gift. One Steve Marchese, who is an executive producer at the Webby Media Group, fully supports the move and direction in employees. This goes beyond the gifts that those with autism have. Business look to benefit not only from the task skills but also from complying with the most recent laws and rules of the Labor Department. The new regulation looks to companies that are getting federal contracts to increase the hiring rate of people with disabilities such as autism. It looks to have these companies have 7% of their staff made up of those with disabilities.

Even though the call for more employees with disabilities is here, that doesn’t mean that the transition will be easy. Again, many of these people who are on the Autism Spectrum deal with sensitivities to light and sound, as well as shy away from social situations. This means that training and integrating these new employees to working in a group again is something that is going to take time. New work methods need to be accepted and new communication skills might need to be adopted in order to properly integrate an employee on the Autism spectrum.

According to the CDC, 1 in 68 children in the U.S. is affected by Autism. An estimated 3.5 million Americans are said to be on some part of the Autism spectrum. There are some who are on a higher-functioning level of Autism called Asperger’s syndrome. Last month, Microsoft teamed up with Specialisterne USA to help the some 3.5 million Americans with Autism find jobs where they can be comfortable and happy.

According to Mark Grein, who is an Executive Director at Specialisterne, those affected by Autism have a great passion for detail and are thus very good at following, improving, and optimizing different processes. Companies, such as SAP SE (a German Software company), have worked with some of those affected by Autism long enough for there to be actual evidence pointing to the benefits of integration. Some of these benefits include increases in productivity, customer relations, and the overall quality of the products and services.

There are a slew of businesses out there looking to start their own pilot programs so that those on the Autism spectrum can join their respective workforce teams. Through this integration, there will definitely be a lesson to be learned in diversity. It will show an all-new appreciation for those affected by Autism and the gifts that may come with the disorder. Not only that, but also ensuring that these people won’t be exploited for their talents, and paid the proper amounts that they deserve.

The people affected by the disorder and also working with these tech companies now feel that they have a career instead of a job. At the end of the day, both the employees and the employers can greatly benefit from the pilot programs. Hopefully we will all start to see a bit more integration sooner, rather than later.

Sharing this story on social media? Use these hashtags! #Coders #Autism #AutismSpeaks #AutisticCoders