We Could See Wireless Desktops As Early As 2016 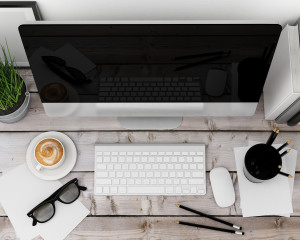 Over the last 20 years, Intel has managed to pack quite a large amount of computing power into small packages while also cutting power consumption and dissipation at the same time. If you add that to the almost total lack of competition in the x86 market, the lackluster PC market and the absence of software that is both mainstream and non-gaming that can bend top-of-the-line computers to their will then you will quickly realize why Intel and its partners have been looking for new, creative ways to add value to the PC.

As Intel’s VP of User Experience, Sanjay Vora oversees the process that links users to products and more to a plethora of partners. According to Vora, “The User Experience effort at Intel started a few years ago.” Vora, who was speaking to TechRadar Pro during an interview at IFA, also noted that this saw “tens of thousands of users being interviewed about what they use their computers for.”

This compelled Intel to work with its business partners to identify and eliminate things that users disliked. The main two were, to no one’s great surprise, wires and passwords. Vora believes that you “lose a few minutes every day dealing with them.” If you tally that up to the years you’ve used a computer you’ve got a decent chunk of time wasted.

Vora’s quest for “what can the user do differently” means that both Intel and its partners are in unison with end users with their commercial ambitions. While Windows 8 forced users to use touchscreen displays and removed features like the beloved Start menu, Vora took a different path. Vora notes that there are still scenarios where a touchscreen is essential, like when dealing with detachable or convertible devices.

Wireless displays, docking, and power have all seen significant improvements in recent years, thanks in no small part to the increase in computing power that we’ve seen recently. In addition to that, Intel and its partners have also invested heavily in other, similar innovations.

When talking about Microsoft, Vora said that Intel and Redmond have been working on integrating these innovations in conjunction with Windows 10. “We have been working with them since the beginning of the development of Windows 10,” Vora added. Integrating the Windows Hello secure login system with Intel’s own True Key technology to work on Continuum sees both companies reinforcing their relationships in an attempt to create a more compelling user experience.

In terms of wireless connectivity, the next big thing coming will be wireless charging, which should hit mainstream use sometime in 2016. This is when 20W receivers will start to commercialize. Vora also confirmed that laptops with an integrated receiver will go on sale by 2016 as well. 20W is still a ways out from what current laptop power units can deliver. Apple’s MacBook uses a 29W model while Dell’s XPS 13 uses a 45W unit.

We are well on our way to having an entirely wireless desktop in the very near future. Wireless peripherals already exist for desktops, along with wireless internet connectivity. If we can start to put batteries in desktops like we do in laptops, and then add wireless charging to these desktops and our days of messing with wires is over! Oh, what a time to be alive.