Get Hip To Attract A Younger Event Audience 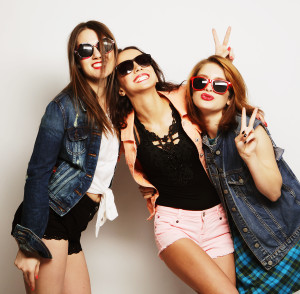 If you want to attract a younger generation to your conferences or events, it’s a lot easier said than done. Uploading stock photos of younger people to your sites and saying your events are “for the younger crowd,” doesn’t exactly make it that way. Trying to attract a younger generation with outdated sites and methods is going to do quite the opposite. Such as mailing out a letter to kids to promote an upcoming anime convention. Kids aren’t exactly checking their mailboxes these days.

If you’re an event organizer trying to grab the attention of a younger audience, then you need to become familiar with the social media platforms they are now using. You can incorporate those platforms into your event marketing and communications with these younger people.

Digiday published an article that stated that younger internet users are drifting more towards “closed” platforms versus the open social networks, for more privacy. Generation Z seems to be more on platforms like WhatsApp and Snapchat, than Twitter and Facebook. Even though the older social platforms like Twitter and Facebook seem to have a larger user base than the newer ones, you still should get in touch with your younger, more hip side. Even making a simple profile for these sites will benefit you more now, than trying to catch up with your more social competitors.

Here are some apps you should consider becoming a part of:

Snapchat – The famous picture sending app that started off with a pretty bad reputation. The app has improved and boasts about 100 million active users. Now, the app has even appealed to advertisers such as Samsung, Macy’s, Amazon, and even movie studios. They’re using the app for video and photo advertising. Snapchat also has a Discover feature that hosts content from major media companies.

WhatsApp – This is the app that Facebook bought at the beginning of last year for $19 billion. According to the app, it has 600 million monthly active users. As of right now, there are no advertising opportunities for the app, but that is more than likely going to change in the future. So I’d suggest getting comfortable with the app, so when that time does come, you’ll be ready for it.

Kik – This app attracts ages from 13 to 25. Kik has about the same amount of active users as Snapchat does right now. According to comScore, in the last year, Kik’s audience has increased by 50%. This app launched advertising last summer and if you’re interested, check out the app to see what other brands are doing with it.

So now, what you should do is create accounts for these platforms and start connecting with other users, so you can get more familiar with them. Be sure to pay attention to what people are sharing and how they are sharing it. Also, keep an eye on what brands are doing on the platforms. Don’t copy what they are doing, but you may be able to learn off them and come up with cool ideas of your own.