LG is  known for a lot of things: televisions, smartphones, even appliances. However, there is one thing that the Korean electronics company doesn’t really compete with and that is the computer industry. That may be changing, though, especially with American consumers. LG is officially releasing its first laptop in America. 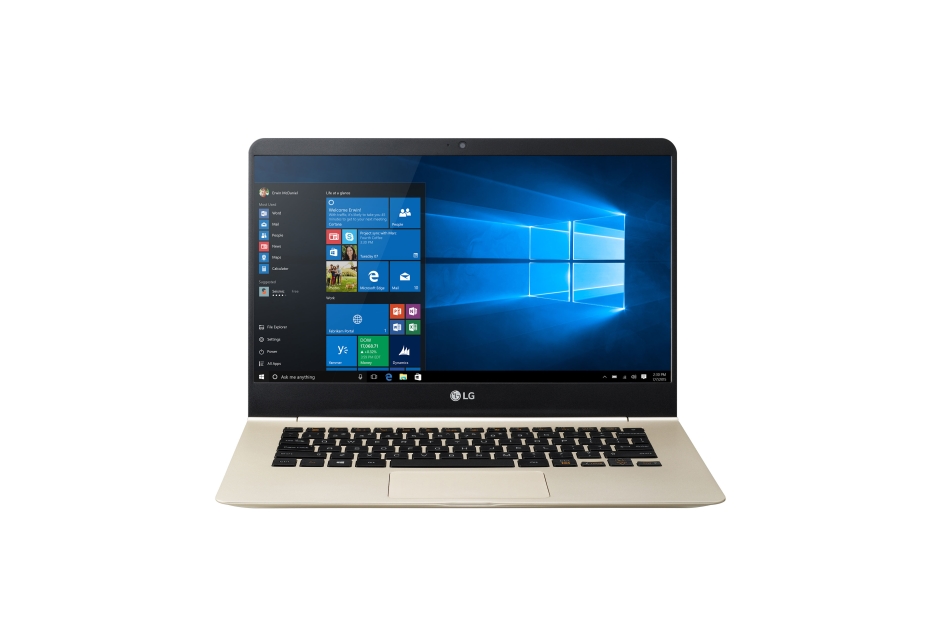 LG is jumping into a very crowded market with the release of some high-end, ultrabook-style laptops. The series will debut with three fixed-configuration models, a 13-inch model, and two 14-inch models. Each of these models comes with slim, lightweight bodies, Intel Core i5, and Core i7 processors, and full HD IPS displays.

These laptops, known as the LG Gram 13 and LG Gram 14, will sell for $899 on the cheapest end and $1,399 on the most expensive end. LG already sells similar devices in Australia and other regions, but not in the United Kingdom. This will be the first time LG sells laptops to U.S. customers.

The LG Gram 14, which got its name because it only weighs 980 grams, is lighter than the 13-inch MacBook Air, though not the lightest laptop on the market. That title belongs to the Lenovo LaVie Z. The LG Gram 14, which runs $1,399, includes the fifth-generation Intel Core i7 processor, a 256GB SSD flash drive, and 8GB of RAM. To compare, a 13-inch MacBook Pro starts out at $1,299 but gives you half the hard drive space and a slower Core i5 processor but a higher screen resolution and an advanced force touch trackpad.

The LG looks and feels very similar to the MacBook. It’s a similar style to a lot of other laptops of this generation. Samsung has similar products and Apple has, of course, set the standard. But the biggest selling point for the LG Gram is how light the laptop feels. This is especially noticeable considering the Core i7 processor.

The laptop’s body comes in a color that LG is calling “Champagne Gold”, which is actually quite similar to the gold color now offered by Apple in its new iPhones and 12-inch MacBook. This color is a nice change from the traditional gray, black, or silver colors that we typically see in modern devices. 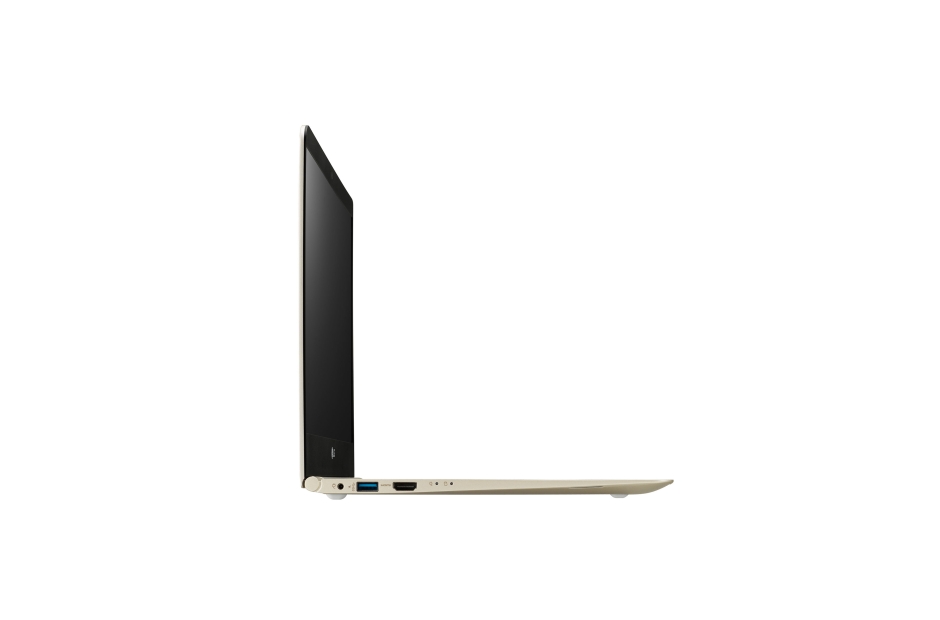 A large island-style keyboard and a glass-topped touch pad have a nice feel to them and typing is smooth. One thing that could be weird for some users is the fact that the center of the keyboard tray has a lot of flex to it when typing. However, the touchpad really excels at multitouch gestures, like two-finger scrolling.

When it comes to the displays, each version of the LG Gram has a 1,920 x 1,080 IPS screen, though without any touchscreen capabilities. The displays are very bright and look good from various viewing angles though the resolution is low for a laptop with such a high pricetag. Eliminating the touchscreen helps cut down on weight, thickness and cost though it is also an expected feature in higher-end laptops. Thankfully, Windows 10 works a lot better than Windows 8 on systems without touchscreens.

The new LG Gram series is available now and can be purchased at Microsoft Stores or on Amazon.

Sharing this story on Social Media? Use these hashtags! #LG #Gram #LGGram #Laptops