Rentacomputer.com frequently works with production companies, studios and television networks like FOX NEWS, BET, NBC and ESPN to help enhance their televised events or to create realistic environments for TV shows and movies.

Back in 2013, a production company working with CBS Studios utilized Rentacomputer for their TV pilot, “Browsers“, an Amazon.com first production series. This musical comedy follows four young new interns as they start their first job for a news website, The Daily Gush.

Our Tech Is Famous

The rental equipment was used in production and not behind the scenes. Rentacomputer.com was tasked with providing and setting up the technical equipment that the producers would use to create an office setting for the characters to work in. Some of this rental equipment included desktop computers, monitors and LCD displays.

“Our graphic designers are creating custom desktop wallpapers and software for our fictitious company.”

As Rentacomputer.com does not rent props, all of the rental equipment was fully operational and used during production and filming, which fit the needs of our customer by creating a realistic and believable atmosphere. 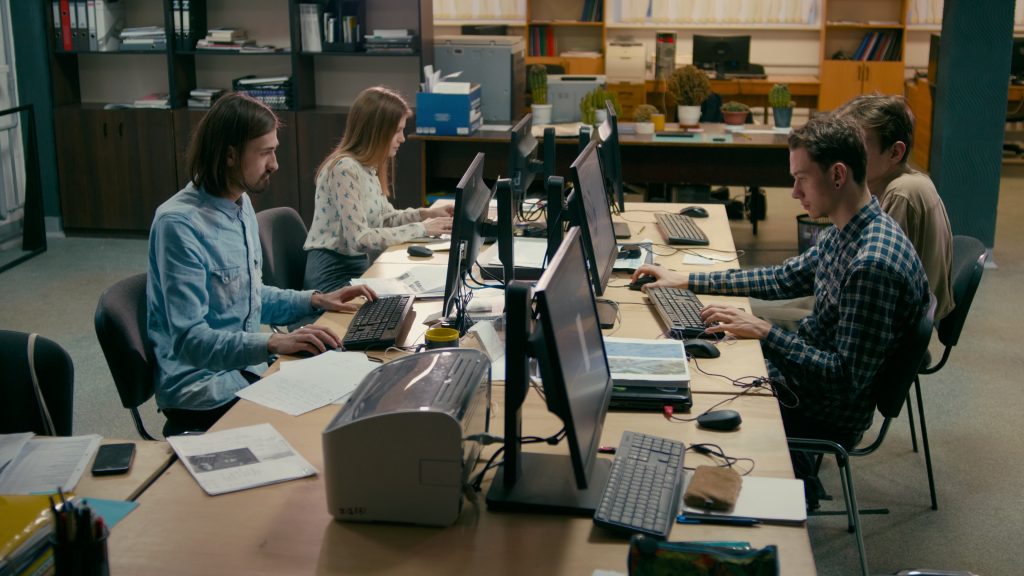 BROUGHT TO YOU BY RENTACOMPUTER.COM

We provide audio visual, computer and other event technology rentals for conventions, trade shows, meetings and productions of all sorts! No matter where your event is, Rentacomputer.com can be there. Email us at rentals@rentacomputer.com, text 908-485-7368 or call 800-736-8772 to get started!