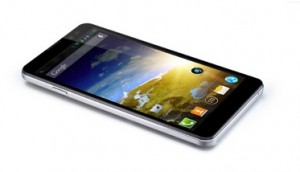 ThL, a top smartphone brand based out of Shenzhen, China announced that their new smartphones are now available. The T100s and the T200 smartphones both feature MT6592; a Cortex-A& Octa cor processor which makes them capable of completely amazing operation speed

The MT6592 is the very first octa-core platform in the entire world. It combines an advanced eight-core application processor with the best possible multimedia capabilities and mobile connectivity. This means that you get the absolute best performance with minimal battery usage. MT6592 uses an advanced video playback system that supports ultra HD 4K x 2K H.264 video playback and support for new video codecs like H.265 and VP9. It also uses ClearMotion technology for automatic frame rate conversion of standard 15/24/30fps video to high-quality 60fps video which makes for a much smoother viewing experience.

The ThL T100s smartphone is an Android based device an is the latest in the ThL MT6592 octa-core smartphone series. This phone features MT6592 , Cortex-A7 Octa core,1.7GHz, 2G RAM + 32G ROM, a 5.0 inch 1920 x 1080 screen and Android 4.2 OS. Everything packed in this phone provides users with very impressive operation speed and an overall experience that is second to none. One main highlight of the T100sm is that it’s packing two 13 megapixel cameras. A 13 megapixel camera in a smartphone is pretty impressive, but if that isn’t enough, the second one is front facing. You can take pictures of yourself very easily without sacrificing any quality.

Rightfully so, the company is extremely excited and completely confident in their new products. They have absolutely incredible features and are probably one of the most valuable choices for consumers in their market. Being the world’s firs octa-core phone, this could be a total game changer in the smartphone industry. It’s only a matter of time before companies like Apple and Samsung take notes and jump on board with this. Once again, all we can do is look on with envy and wait for smartphones in America to catch up. But it shouldn’t be too long. We will be waiting eagerly.