Could Motion Tracking Be The Way We Operate Our Computers In The Near Future? 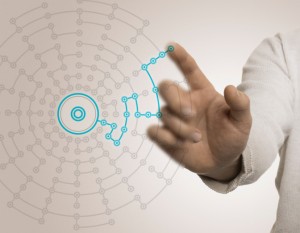 When it comes to a successful product, businesses need to keep one thing in mind constantly; practicality. I, much like the rest of the world, love when I can pick up a new device or new tech tool and tinker around with it. All of the extra bells and whistles will make fore a good time… initially. The only problem with bells and whistles is that they tend to lose their luster over time, so to speak. If your product doesn’t come with practical features that will keep customers locked in and coming back for continued use, then that product is bound to fail. I’ve seen plenty of “crazy inventions” and “new age tech” devices, and I can tell that most of them will fall flat.

Even though there are many of the lumps of coal that have to be sorted through, you can sometimes find a diamond in the pile. Just remember it may be easy to confuse a diamond with a rhinestone. What I mean by this, is that you may come across a device that looks and seems quite promising, but might not be as useful as it seems.

I’ve become acquainted with the Leap Motion controller, and I have mixed feelings about it to be quite honest. The device was released last year and was even installed in a few laptops (which could be rented to experience first hand) as a main component to the hardware. Essentially the controller does exactly what you may think; track your hand motions to perform basic functions with your computer that you may have needed a mouse and keyboard for. The usage for it seems pretty well determined and has been proven to be quite responsive so far. That being said, there have been a few complications with that. Mind you these complications are being fixed by the Leap Motion company directly. Supposedly the software might not be able to track the users hand motions should the user move their hands in certain ways. The new software should remedy this situation by tracking each joint on the users fingers.

The update is only available to app developers in a public beta version. After the developers have worked with the update enough to integrate it into new and already existing apps, then the consumer market will see it.

Now I’m not going to talk down on Leap Motion. I think that the device in itself is amazing, and eventually COULD be the way that we operate our computers on the day to day basis. The only problem is the trial and error phase. Companies that develop new technologies like this need to realize that attention spans are getting shorter and shorter every day. Not to mention the fact that there is usually a better version of what a company is developing already out there, or being developed. It’s best for a company to foresee small problems (such as the tracking issues with the Leap Motion controller) ahead of time to make a larger impact on the consumer market. Products like this don’t have the same type of name or backing that larger consumer tech companies do, such as Apple or Samsung.

I do think that eventually motion control will become advanced enough to be the main way of navigating our computers. As of right now however, I don’t see it happening for quite some time. The mouse/trackpad and keyboard still reign supreme… for now.