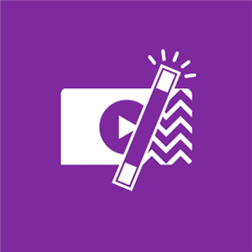 One of the main reasons that some people stay away from Windows Phones is because they are typically lacking very much in the software department. Even the people who use Windows Phones will admit that. But one thing that sets most of their phones apart from the rest of the crowd is their awesome hardware. Their cameras specifically are way better than those of any other phone company on average, and even better than some real cameras out there.

Microsoft has decided to take their strongest selling point to the next level. They recently put out an app called Video Tuner. Video Tuner is an editing app, and it is designed to bring their editing software up to the same level as their actual cameras. Pair the new app with their crazy cameras and the possibilities are endless.

The new Video Tuner app has been designed to run best on Windows Phone 8.1. It is basically like having iMovie and Instagram tied together in one app. You have a ton of advanced video editing tools along with filters, lighting adjustment, and a ton of other tools that you would normally only find on expensive photo and video editing software that you would use on a computer.

A lot of the Windows phones have really great cameras for taking photos of course, but they are also equally great for taking crisp and clear high quality videos, especially the Lumia line of phones. This new software is basically the missing link to unlocking the full potential of the phone’s hardware and putting major video and photo editing power right in your pocket.

Using the app is pretty easy as well. After you take a video clip, you just go to your camera roll and select it, and then you get to choose from six different menus of editing options. You can do simple things like trim the length of the video, and you can also do more in depth and cool looking things like putting different parts of the video in slow motion or decreasing the frame rate. Another cool thing is that you can do is edit the audio of the video or choose a song or sound effects to add in the background of the video.

For all of you who are on Instagram and Vine, the app also 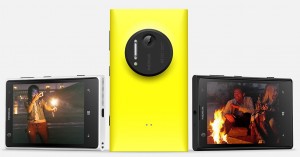 has settings for that. It allows you to trim and crop to the relevant length and aspect ratio for those apps.

One more cool feature is that any edits you make are non-destructive. That means that at any point in time, you can reset the changes you made to your video and still have the original without any edits or changes, even after you save the edited version.

The app is also very user friendly and designed so that basically anyone can do anything they want without having to think too hard. This might be a good way for Windows Phone to make their presence a little bit bigger in the phone industry. Most other companies don’t have hardware as good as Windows phone, and they for sure don’t have any kind of software like this.