Google Chrome Drains Your Battery Life, But Not For Long 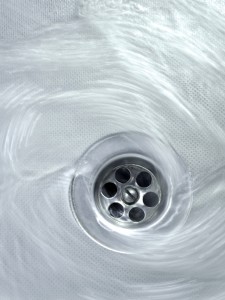 Running Google Chrome as a web browser seems to always kill your laptop battery. It could be a bigger problem if you are a consistent traveler and can’t always re-charge your battery life. It’s been a known problem for about six years and was reported to be a serious issue back in 2010, but with Windows 8 the problem should no longer exist. Google has finally committed to fix the problem by revising the browser’s performance on the Windows system.

The reason Chrome has been killing battery life and slowing down laptop performance is because it forces the Windows system clock tick rate to 1 millisecond even though the default is 15.625ms. This is the frequency that the processor responds to with any program you run over your computer. So even if you have a blank web page up, Google Chrome is ramping up the rate, making your laptop work harder than usual. With this Chrome bug, it’s said that the battery life is reduced as much s 25 percent because of the clock tick rate set to 1ms.

But with Windows 8 and its updates, it is said that users will not be affected by this issue because the newer operating system, just like the Mac OS X, it will fix the clock tick strategy by allowing the CPU to run at a low power mode until called upon. So if you’re a Windows user and you desperately need to make your battery last you do have a few options if you are unable to charge your battery on the go.

1. Use a different browser that is not running on the same coding as Google Chrome, such as Firefox or internet Explorer.
2. Upgrade to Windows 8.1.
3. Wait until Chrome releases a new version that fixes any battery issues. No worries, because Google has pushed this issue at the top of its reported bug list to solve.

Did You Know You Can Rent Technology From Anywhere In The Nation With Rentacomputer? Call 800-736-8772