Could Recreational Projectors Still Be Beneficial In The Work Place? 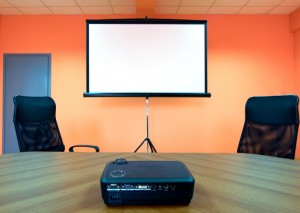 They say that all work and no play makes jack a dull boy. I suppose that that truth is to be determined by the person doing all of the work. Is that the same case with business technology such as projectors? There are a vast majority of different projectors that we can use in the company’s meeting office. Usually every projector is looked at as a “professional” projector. By that I mean one that is used strictly with the though of business in mind. As long as the projector is lighting up and doing it’s job, there is usually no concern for an upgrade or alarm. What if you could use more “fun” projectors in the office meeting instead of staring at the same pie charts and line graph statistics all day?

It might just make things a bit more interesting.

There are some cool projectors out there that you wouldn’t think about using in your office meeting. That typically because the meetings don’t call for too much interaction or anything other than blowing up a picture and statistics for everyone to see. That being said, what about the projectors that have recently come out? Sony recently announced their portable version of their new 4K ultra short throw projector. This projector is interactive in it’s own way. There is a feature that the device has that allows you to manipulate certain things that it projects. Things such as notes, photos, and reminders can all be “dragged” within the projector’s parameters so that everyone can see it. The image display is only about 23 inches, but that’s still good enough for smaller meetings. The interactivity could lead to employees feeling more directly involved with different projects and numbers, thus improving productivity and possibly boosting office morale as well.

Want To Rent A Projector Instead?

While the recreational projectors might come in handy with involving employees a bit more during meetings, you don’t want them relaxing in the meeting room watching the Netflix app that comes standard with the projector. Things like this can prevent a business from looking into recreational projectors because they could be looked at as distracting. The company conducts business just like every other establishment out there, and they want to be productive. You want every aspect of your business to be moving your forward to your next goal. That is the point of having meetings after all right? The interactive projectors or projectors with Hulu and Netflix equipped with them could become distracting. The interactive ones could need to constantly be re-calibrated in order for them to work properly, thus taking away time from the meeting. Don’t put it past some employees to go into the meeting room on their lunch break and enjoy an episode of “Orange Is The New Black” on the projectors built in apps. There needs to be a fine line drawn.

It’s Up To You, Boss 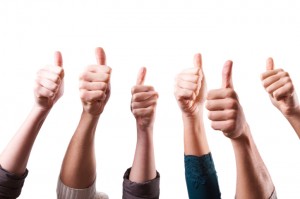 As the operator of the company, or the person giving the meetings and setting up the projector for presentations, you need to have an idea of what you need and want. What you need and what you want could be two totally different things. There is nothing wrong with having fun at work, but it still needs to be productive as well. The pros have to outweigh the cons. I personally feel that certain recreational projectors could easily be adapted into the work environment. Ground rules have to be set however. An interactive projector in the meeting room could help make work flow a bit better, but Facebooking in the meeting room on a lunch break could become a problem.

Projectors are becoming more advanced, simply by branching out into different categories. Projectors are able to do much more than they have in the past. They are more than just devices that enlarge images and throw them on the walls now. The time to adapt to their nuances might be now.