Apple May Be Rolling Out Two New iPads Next Month 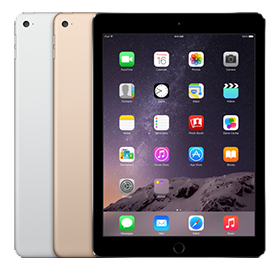 Apple just had a huge event followed by the release of the iPhone 6 and iPhone 6 plus, and all of that excitement was apparently not enough. They are reportedly planning another huge product launch next month, which is when two new iPads are supposed to be revealed.

A report from Apple Insider says that the company has been working on a project that has marketing deadlines for the middle of next month, which would lead up to a big event at the end of the month. There have been rumors for a long time about them releasing two new iPads, and this is around the same time that those were expected to be unveiled. And I mean, what in the world else could it be?

Also, Apple has a schedule that they seem to follow. It doesn’t really change from year to year, so you can kind of pin point what is going to happen each year. Last year, they announced two new iPads on October 22nd, and they went on sale officially in November. Chances are, this year will be pretty similar. Although, that doesn’t keep us from being excited and feeling surprised anyway.

There probably wont be any new MacBooks yet though because the manufacturing of the new processors they will be using got delayed. BUT, they did just upgrade their whole line of MacBooks significantly and even dropped the price despite all of the upgrades. So you can’t really be mad about that.