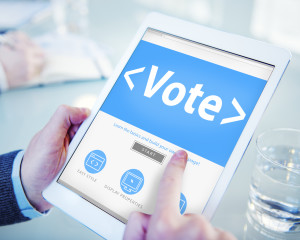 The 2016 Presidential Primary Elections are about to take place all over the country, but the landscape in which today’s elections will be taking place has changed drastically since the days when Honest Abe was running for the presidency. Technology is now the key element in any political campaign, big or small. Candidates and their staff use technology in almost every facet of their jobs. Computers, laptops, and copiers are just a few of the devices needed for running things in temporary campaign offices in hundreds of cities all across the country, while more mobile technology, like smartphones and tablets, is needed for volunteers in the field, going door to door, collecting voter information and conducting surveys.

How Has The Campaign Landscape Changed?

As you might have guessed, the way tablet rentals win elections is through mobile technology. Gone are the days of pen-and-paper surveys. Campaign offices no longer send out surveys in the mail or have people going door to door with a clipboard and a bunch of papers. Instead, these volunteers are using things like iPads or Android-based tablets to collect data, survey information, and gather email addresses of sympathetic voters. Not only is this more efficient, it is also more cost effective.

What makes using an iPad even better is the fact that there are already a ton of apps out there specifically designed to help run a campaign. Electionear is one example. This app takes documents and instructions that are primarily paper-based and makes them digital and mobile. The app gives the volunteers going door-to-door a set of instructions along with an easy way to collect data. The delivered script is dynamic and offers tailored instructions to the responses that the volunteer enters. Once the volunteer is finished at a location, the app gives directions to the next.

What Kind Of Election Software And Apps Are Available? 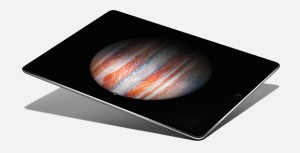 One product you may see in the hands of a lot of campaign volunteers is the new iPad Pro from Apple. The iPad Pro is a massive tablet with a 12.9″ Retina display. In addition to that, the iPad Pro also has nearly two times the CPU performance of the iPad Air 2 along with refined Multi-Touch technology. With an A9X chip with 64-bit architecture and an M9 motion coprocessor, the iPad Pro is bigger and better than all the previous iPad models, which is why you’ll likely see it used a lot this political season.

How Can Rentacomputer.com Help Your Candidate?

In today’s political landscape, the candidates who win their race will be those who most effectively leverage technology to their advantage. This is where the dedicated and experienced team at Rentacomputer.com can help. Rentacomputer.com offers short term technology rentals to make sure your team has the winning technology edge when and where you need it, with one point of contact! To learn more call us today at 800-736-8772, text us at 908-485-7368, or email rentals@rentacomputer.com. Want a quote right now? Click here to get a Rental Quote For Your Campaign Team from Rentacomputer.com!